Home / For you, driver / 10 cars perfect for Halloween 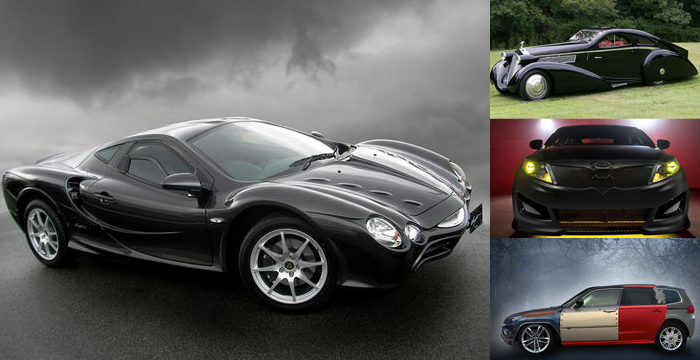 Witches, zombies, ghosts, skeletons… They all scare, yes. Before, during and after Halloween, but what other thing do you need to really be completely scary? We want to point your attention to a great attention grabber, a car that will cause chills.

We have them … They are the most desired by the creatures of the night… Yes, we warn you: some can seriously hurt your sensibility (and your eyesight, pocket, safety…), so don’t miss a moment :DriveSmart creature. 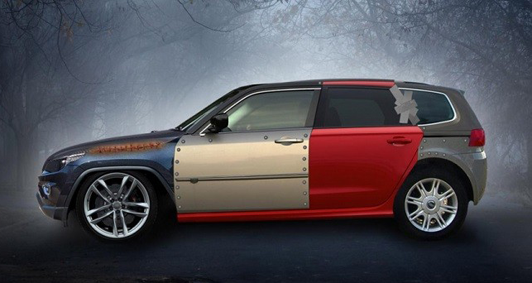 The car of your nightmares! Its name says (almost) everything: Horrific 40RR0R. The result also: the model is the sum of the least reliable cars in the United Kingdom, according to Warranty Direct.

Specifically, this Frankenstein on wheels collects the worst quality parts of several models: the BMW M5 engine, the Jeep Grand Cherokee gearbox, the Mercedes-Benz R-Class electricity, the SEAT Alhambra air-conditioning, the Audi suspension RS6 and the direction of the Chrysler 300C.

If you like the smell and mystical aura of the workshops, this is your car … Your little Frankenstein !!!

Batmans car?… or to hunt bats? Matte black, lights prepared to see ectoplasm rounded forms of bat and in the front the most cinematic bat: Batman. Does anyone want to mess with the Kia Batman model?

3. Studebaker Avanti Coupé, a car to give much fear …

Unsettling, very unsettling… Lost look, unstable personality, sinister image? Be suspicious… and if you see someone with this description on a Studebaker Avanti Coupé, run away. Danger, danger!

Terrifying, scandalous and almost insulting. This Aventador Lamborghini with orange and black finish seems to have been designed to love Halloween … or hate it! It is so beautiful it is scary, yes, but mainly because this special edition has a price of 699,990 dollars.

5. The Ecto-1, the car of the Ghostbusters

To hunt ghosts! It’s a movie classic and a Halloween basics. The Ecto-1 was the car seen in “The Ghostbusters”, a unique model essential to move without fear of being attacked by white sheets.

7. A skeleton on wheels!

Ideal as a prop for a Halloween party. Perfect to spend a joke. Superb as a prototype. Superb for exhibition. But … at least it isn’t to drive. 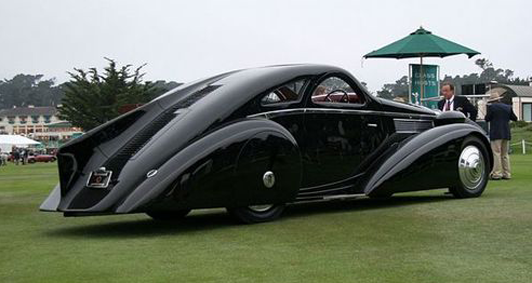 Frighteningly scary!  Just seeing it causes chills. It seems to have been designed by and to terrorize those who look at it. The 1925 Rolls-Royce Phantom 1 Jonckheere Coupé has been considered one of the most exclusive cars in history … Exclusive yes! Exclusively frightening!

Hyundai has released a special edition of its model Tucson, “The Walking Dead”. The doubt we have is whether it has been designed to be bought by the zombies… or to hunt them… 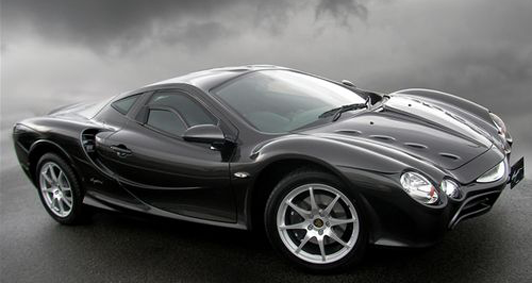 The car of the future? The Mitsuoka Orochi is a Japanese sports car that went on sale in late 2006, 5 years after being built as a concept car. Its futuristic design leaves those who see it breathless (even in photos). Perfect for … Perfect for any day !!!

And you, with which would you stay to be the center of the eyes and the guilty of screams of terror, shivers and looks of horror?